The Holland grumpy is the weblog of Emil Bakkum (the Netherlands), who initiated this project. He got stuck on political economics as a science, and reads all kinds of professional literature about this theme, in the widest sense. Fortunately, self-study is free from external limitations, such as the partitioning of scientific disciplines, and bridging them sometimes produces surprising insights. The Holland grumpy wants to make this knowledge accessible to those, who also feel passion for political economics. The contributions must be considered as personal notes, without external supervision, and thus with a chance of sloppiness and mistakes. As far as the readers are hurt by then, that remains their personal responsibility.

In 2012 the Holland grumpy appeared for the first time on the worldwide web, in Dutch. Until april 21, 2014 the portal was called Heterodox Gezelschap Sam de Wolff. At the start the studies focused on theories of a social-democratic origin. The term "gezelschap" (association) in the title wants to express, that other lovers of heterodox economics could in principle contribute texts for publishing on the portal. That was a hopeless ambition. After a few years she was abandoned, and on april 21, 2014 the name was replaced by the present one: Heterodoxe Gazet Sam de Wolff.

In 2015 the social-democratic policies did still receive special attention. This was not very fruitful, because she experiences an ideological crisis since the eighties, and searches for a new identity. In 2016 a similar project was executed for the christian-democracy. Here it became clear, that this movement also searches for a new profile. Since then, the Holland grumpy has distanced itself from political activism, and the attention turned to scientific theories from economics, sociology and public management. The heterodoxy of the Holland grumpy is now expressed mainly by a preference for interdisciplinary arguments. Now and then this are still referrals to the political blogs of the past, which give a personal charm and unique image to the Holland grumpy (or so your blogger hopes).

Thus since 2017 the Holland grumpy tries to join the common and recent opinions about political economics. The contents moves towards comparisons and comments concerning theories, models, arguments and data sets. The contributions become increasingly relevant for the practical implementation of policies. Thanks to the independent reports the Holland grumpy provides a unique standard for interested students and policy advisors.

Since 2016 the older blogs are translated in English (again without external supervision), and placed on the subsidiary Holland grumpy website in California.

Nowadays the blogs excel by their wide orientation, which does not hesitate to use triangulation and mixed methods. They try to do justice to all perspectives and thus sketch the most objective picture of reality. Although this interdisciplinary approach can reveal the existing controversies, it is yet controversial itself. Moreover, the wide orientation hurts the depth of analysis. This all gives cause for (more) modesty. Therefore in 2022 your blogger has changed the name of the portal into Holland grumpy De Wolff. Besides, it is easier to remember this name.

The portal is named after the Dutch scientist Sam de Wolff (1878-1960), because he is one of the greatest heterodox economists that our country has known. His pioneering work remains an inspiration for anybody, who outside the beaten tracks searches for ways to describe the economic actions. The banner, that decorates the head of the start page, is composed of pictures from the front frieze of the Haus des Lehrers in Berlin, made by Walter Womacka. Dictatures can create attractive façades.

The initiator and editor of the Holland grumpy De Wolff is Emil Bakkum. He is professionally active in the Sociaal Consultatiekantoor, where he holds the position of solicitor and blogger. The publication of essays about the political economy, also on an academic level, are part of his mission. 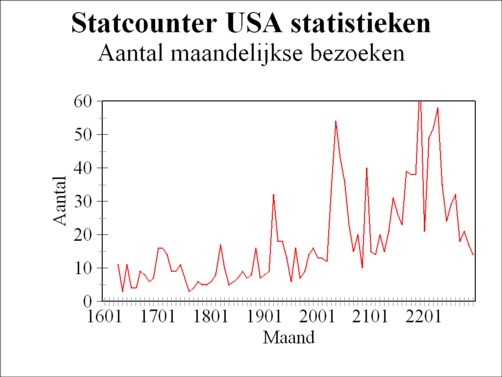 Figure 1: Number of monthly visits
according to Statcounter 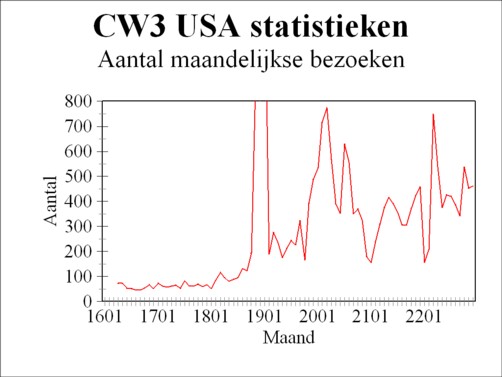 Figure 2: Number of monthly visits
according to CW3 AWStat 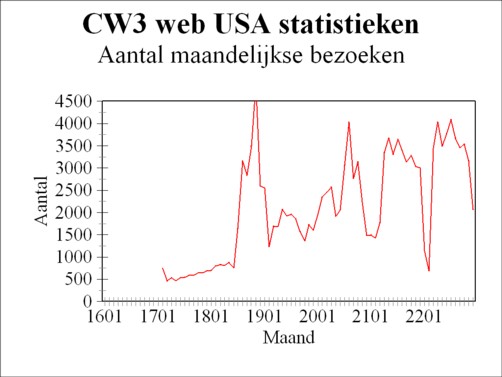 Figure 3: Number of monthly visits
according to CW3 Webalizer